Don’t let the title give you the wrong idea – autism is no joke. However, if you are a parent of an autistic child you probably find some humor in every day challenges. I know I do.

I must admit I went through a phase of being embarrassed and afraid of what awkward things my son would say in public. But I learned over the years to see all these moments as humorous. I want to be clear about something: I am not mocking my son’s disability, quite the contrary. I find him fascinating and exciting. He brings so much joy to me even in the most difficult situations. His comments fascinate me – sometimes they are funny and other times they are shockingly profound.

Here are my personal all-time funny moments with my autistic son. I hope you enjoy reading them as much as I enjoyed having them. 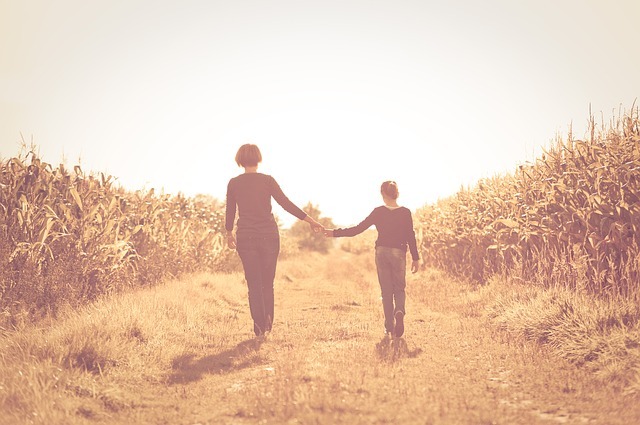 My son has an impeccable memory. When he was 9 years old he got very interested in people’s ages and weights. Each time he would meet an adult he would immediately ask their age and their weight. And he would retain that information like an NSA computer file. One time, he met some of his dad’s business acquaintances. Nine months later he met them again at a business dinner in Vegas. He pointed at each of them and shouted in a room full of strangers: “ Hi Albert, you are 72 years old, 193 pounds!! Hi Jennifer, you are 43 years old and 202 pounds”. He then burst out laughing.

When he was 4 years old, he would make a lot of comments about people’s appearances in a very loud voice. One day, he saw an African American man. He stared at him without blinking, opened his eyes wide and said in a shocked voice: “Mom, he is really Brown!”

My son also takes everything literally. It is hard for him to understand sometimes if someone is joking or is being serious. Every time someone is telling a joke, he looks at me and asks with a serious face “ Is this a joke or not? I need to know before I laugh “. Then, based on that answer he makes a decision about whether to laugh or not. Once he gets the approval that it was indeed a joke he bursts out into very loud, almost fake laughter, not realizing the moment has passed and everyone else has stopped laughing.

It was during the Christmas holiday when one of his more awkward obsessions showed up. We never knew which topic he would be obsessed about next. He was going around asking everyone whether they were Christian or not. It wasn’t because he was interested in religion. He just wanted to know who would be getting gifts. He knew he wouldn’t be getting any since we are Jewish and don’t celebrate Christmas. But he came up with an ingenious solution.

The day before Christmas, he opened the door and loudly exclaimed: “Mom!!!! I decided to be a Christian this month, next month I will be Jewish again!” . He then paused and looked at me and without missing a beat continued: “ Yes, it will work out just fine!”, and left the room before I could react to his creative proposal.

When Christmas passed, he kept his promise and returned to Judaism – he knew this was important for his dad. On the morning of New Year’s Day he spontaneously performed a song he had composed. He named the song: “To my parents”. There was a mischievous look on his face as sang the following lyrics: “You and Mom are wonderful parents, you take good care of me…I love you Mom, and Dad and I am happy that we are Jewish and not Christian”. As we burnt with embarrassment, our very Catholic housekeeper burst out laughing.

In January we went on a family trip to Las Vegas. We ran into one of our friends who was visiting Vegas at the same time. It was a pleasant surprise for us, especially as he was there with his husband and their three teenage sons. 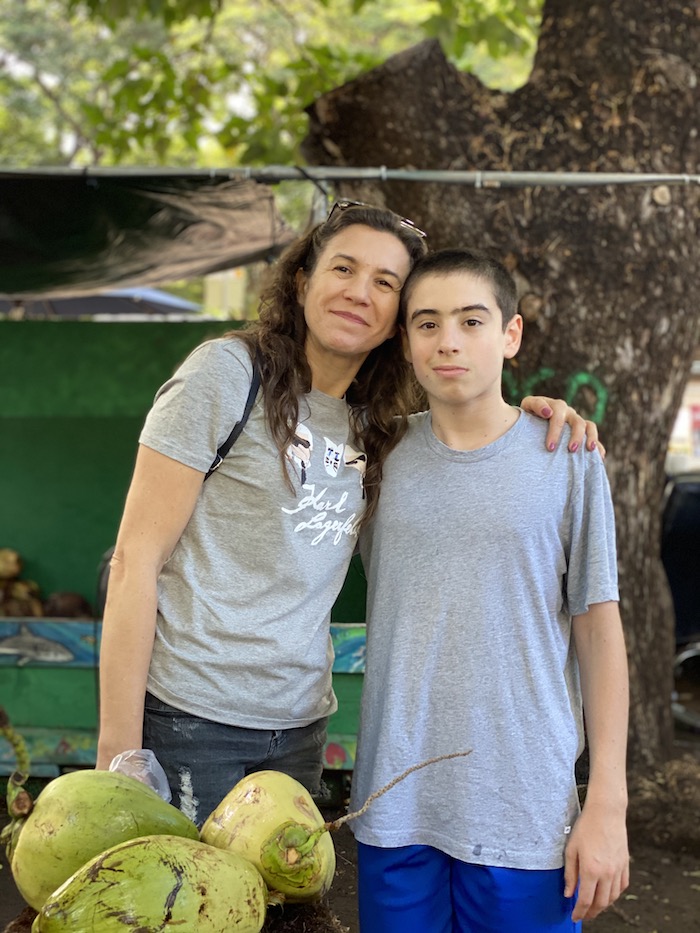 We were worried that my son would make an embarrassing comment about gay marriage. I decided to prepare him: “ Look we are meeting Michael tonight, together with his husband”. I paused, making sure that he had registered the fact that I said husband and not wife!

He looked at me with a questioning expression and asked, as if to make sure: “He is married to a man? So he is gay right?” I nodded, and asked in a loving mocking voice: “Are you going to ask him anything about why he chose to marry a man?”

He responded: “Noooooo, I know, I know I am not supposed to ask sex questions to other people who are not my family members. Besides it is ok to be gay, I learned that”.

I sighed in relief. He got it! Nevertheless I was still a little bit worried as we headed towards dinner. I didn’t know whether my son would be able to keep his reaction to himself if the two men decided to French kiss in front of him.

Everything went smoothly during dinner. However, later on that night when we were alone in our room, my son bombarded me with questions that had obviously been burning inside of him all night. “How come Michael has children if he is gay, he can’t give birth right?”

I explained to him about how his first marriage was to a woman. Then he got really curious about gay marriages and went into a serious comments and questions in a monologue format while I was cracking up the whole time. “ Mom, if you were married to a woman, I would have 2 moms. I like that idea. But wait, how would I call you then? I can’t call both of you mom! Oh I know. I can call you mommy and I can call your wife Mom. I wonder if I will be gay when I grow up. But it is ok if I am gay. Gay people are nice people. They are just like us. “

My son is now almost 13 years old but he is an old soul who makes profound comments about everyday situations. I learn from him every day to be mindful and stay in the present.

Just yesterday he told me: “Mom, I decided nothing matters in life”. I asked: “What do you mean? Do you not feel happy? You don’t care about life?” He quickly put my mind at rest: “Of course not, think about it. We don’t actually need anything, we just want it. I mean it all depends on how you see it, so technically nothing matters”. 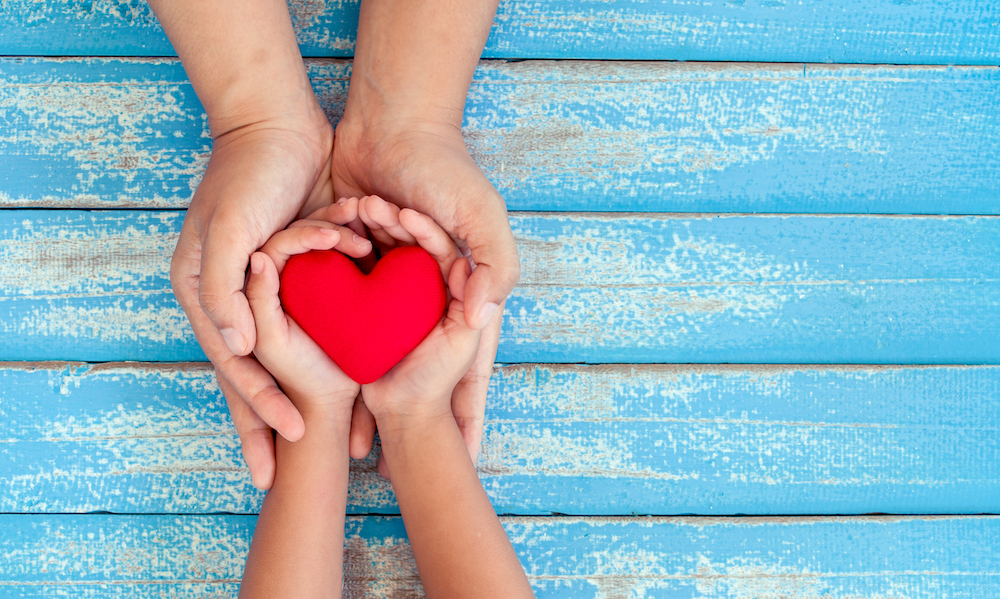 What I love the most about him is his honesty. He can’t lie because lying doesn’t make sense to him. For the same reason, he is also open and direct in expressing what he is thinking, never thinking of how another person might feel. This can become especially embarrassing as you can imagine.

The other day when his piano teacher finished the class he started chatting with us. My son grew impatient. He kept saying: “ The class is finished, you can go to your home now”. As I was trying not to laugh, I told him “oh no honey, we don’t say those kind of things to people, it can hurt his feelings”. He looked at me with a surprise look in his face and stated: “but I am telling the truth, I want him to go now”.

I guess he is right…frankly maybe we should all learn to be a bit more honest!!

Dr. Karol Darsa is a licensed psychologist and the founder and director of Reconnect Integrative Trauma Treatment Center, in Pacific Palisades, CA. She received her doctorate in Clinical Psychology from the California Graduate Institute, and has about 20 years of clinical and administrative experience in trauma and mental health disorders.