An Interview With Armani Williams, The First NASCAR Driver On The Autism Spectrum

An Interview With Armani Williams, The First NASCAR Driver On The Autism Spectrum 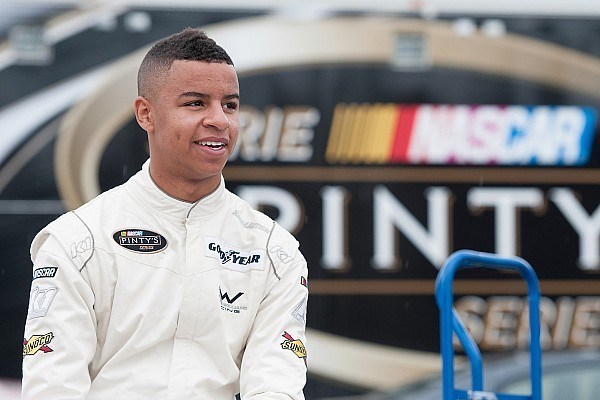 Armani Williams is the first NASCAR driver on the autism spectrum.  He sat down with writer and autism advocate, Ron Sandison, to talk all things autism, NASCAR and more.

What were your greatest challenges having autism?

I feel like my greatest challenges of having autism is the communication and social interaction. All my life I have been dealing with issues growing up but I have managed to steadily improve those tactics, being a little more proactive around other people and that’s going to help me in the long run as I continue to live my life with autism.

How old were you when you begin to speak?

Good question, I can’t remember when I did it’s been a long time since I was very little. I would say it was when I was 2 or 3 years old. It sometimes takes time before you can say your very first words.

Did you have any sensory issues? If so how did you learn to overcome them?

Yes I had some sensory issues especially when I was young. And I still do today but I have been able to reduce those issues and overcome them just by looking at my surroundings and knowing what’s going on in today’s world. When I hear or see something that I don’t quite understand, I use the internet and research things on google to help me understand certain things I don’t know. The more I learn about different things, the easier it is for me to translate the information to my brain and the next time it comes up it’s like,  “Oh, I have heard about this before”, or “Hey, I know what this is.”

How did your parents encourage you to interact socially?

Yeah so once it got to the point where I was more than comfortable being around other people that’s when the next step came was to learn how to talk and interact with people. My parents have been helping a lot teaching me the basics of having a conversation with someone, how to stay connected with them, how to meet people I have not met before, and etc. My parents have been very supportive of me and without their help I don’t know how my life would have been today. 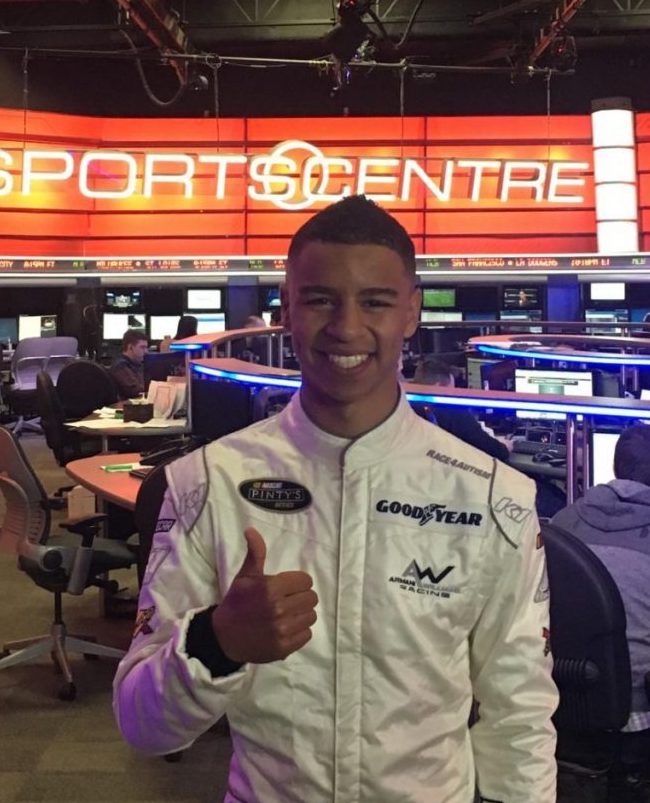 What sparked your interests in NASCAR driving?

That’s a good question. What sparked my interest in NASCAR driving started really young for me. I loved playing with one of my action figured cars as a kid and just play all day. When I heard about NASCAR, it sparked my interest up another level. I would watch NASCAR nonstop and it amazed me how fast those cars were going, passing cars, and a winner getting a trophy at the end of the race. I found that pretty cool and awesome and one day I told my dad straight up that was something I wanted to do when I grow up was to be a professional race car driver.

How did you learn to drive a car?

I picked it up fairly early knowing about the gas and the brake pedals and the steering wheel. Once I learned how to use the basic parts while driving, it became very easy for me and it has help me excel through racing and getting a driver’s license.

What advice would you give to young adults with autism who fear learning how to drive?

I would tell them to not be afraid of learning something you haven’t done before. Once you learn the basics of working the steering wheel, working the gas and brake pedal. If you can put all that time in hard work and commitment and put it to good use I will tell you that it will become easier and you can really be more comfortable on the road, freeways, or even on the racetrack if you want to be a race car driver.

I love the joy of being on the racetrack and going out there and compete for wins every time—I strap into a race car. Just being around the racing environment is also what I love about it where I get to meet certain drivers, team owners, racing officials, and even talking to potential sponsors as well, it’s truly a racing community. 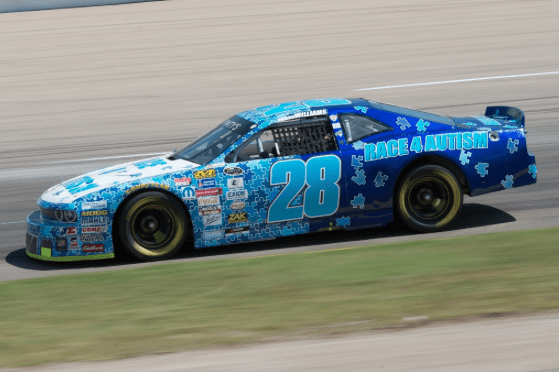 How has autism helped you as a race car driver?

Good question. You know being autistic I find this as an advantage for me because I’m so focus and concentrated behind the wheel. That goes with being consistent, smooth, and seeing the big picture leading up to the race so I have put that all into good use and it has really help me developed as a pro race car driver.

What are some of your favorite childhood memories?

My favorite childhood memories were when I first went to an actual NASCAR race for the first time.  I was 10 years old with my dad and we decided to go to Indianapolis, Indiana for the Brickyard 400 at the Indianapolis Motor Speedway. I can remember sitting in the grandstands in turn and seeing the racetrack, the race cars, and the racing fans in my very own eyes and just thinking “So this is what it’s like going to watch a race without seeing it on TV.”  So you know, I had a blast and I enjoyed the race too.

What is your major in college?

I am studying mechanical engineering. It’s a hard major but it’s only thing that’s close to racing so that’s what I am going to do.

What was your favorite subjects in high school?

My favorite subject is math. I really love math because it helps you learn to problem solve and calculate numbers too that’s really all that I love about it.

How did you come to choose Oakland University?

What advice would you give to young adults with autism?

My advice to them would be if you have a dream to do something that you love to do and be successful at, go for it. Don’t give up on your dream stay encouraged, believe in yourself, and work hard to do what you love to do.

Ok so one time, I was in a race in Elkhart County, Indiana called New Paris Speedway. It was a 20-lap feature race under the lights and I ended up winning my first ever race. I was so excited that I pulled out of the track and not realizing that I had to go to victory lane, so I come off and people are coming to my car telling me,” Hey, you got to go back on the track to celebrate” and I’m like, “Oh shoot I got to get back over there,” I kind of laugh at myself for that. But I went back on the track, got the checkered flag, and received a winning trophy so it was awesome.

Armani Williams is a 18-year-old, Detroit-based professional NASCAR driver.  Armani is now apart of the NASCAR stable of talented upcoming drivers. He is using his racing as a platform to draw more awareness to Autism and create better life outcomes for families impacted by autism   competing for Calabrese Motor Sports and Flyin’ Dutchman Racing.

Armani is a two-time NASCAR Drive for Diversity Combine Participant. He currently races in the NASCAR K&N Pro Series. Armani has raced as a professional in the ARCA Truck Pro Series, the former NASCAR Canadian Tire Series now branded as the NASCAR Pinty’s Series for CBRT Motorsports. The sky is the limit as Armani climbs the ladder to the biggest races in the NASCAR Camping World Truck Series, Xfinity and Monster Energy Cup Series. 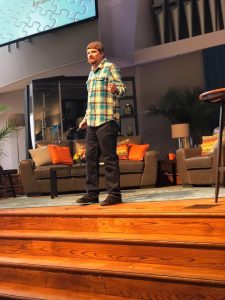 Ron Sandison works full time in the medical field and is a professor of theology at Destiny School of Ministry. He is an advisory board member of Autism Society Faith Initiative of Autism Society of American and board member of The Art of Autism. Sandison has a Master of Divinity from Oral Roberts University and is the author of A Parent’s Guide to Autism: Practical Advice. Biblical Wisdom published by Charisma House.
Ron is a blogger for Autism Speaks, the Art of Autism, Autism Parenting Magazine, and the Mighty. He speaks at over 70 events a year including over 20 educational conferences. Sandison is the founder of Spectrum Inclusion. Ron and his wife, Kristen, reside in Rochester Hills, MI, with daughter, Makayla. For more on Ron, please visit http://www.spectruminclusion.com