Being A Woman With Autism: Expressing Myself Beyond the Spectrum

Being A Woman With Autism: Expressing Myself Beyond the Spectrum

As the Nike Motto says “Just Do It,” that is how I approach my aspirations in life. 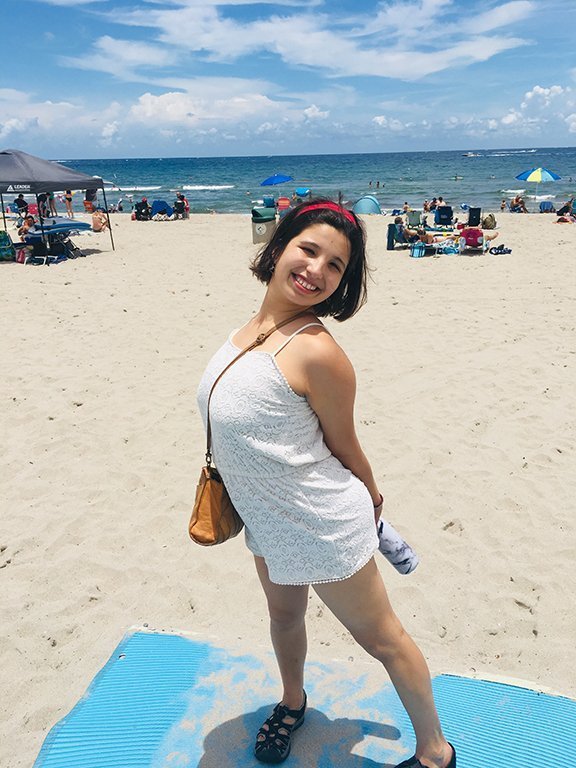 There are quite a few misconceptions people may have when it comes to autism. Many people may think of autism predominantly being a male “disorder” and may see most individuals diagnosed with autism as not being very social and lacking empathy. I am very opposite from that. First of all, I am a total extrovert and am very social. I am also very compassionate and have tons of empathy for others. Secondly, I am also female, not male. And last but not least, I do not view autism as a “disorder!” I view it as a different way of thinking.

Flashback to the year of 1993, which is the year that I was born in South Florida. I was born very healthy and was developing typically. Then when I was around 18 months old my parents began to get very concerned, as I wasn’t beginning to speak much. They also noticed that I wasn’t paying much attention to responding when my name was being called and that I wasn’t interacting with others. I was diagnosed with autism at the age of two. When a professional told my parents that I’m on the autism spectrum they were at first very overwhelmed because they were worried about my future and if I would ever be successful. That never stopped them from believing in me. My parents always worked hard with me to make sure I can be able to speak and socialize with other people. They brought in lots of professionals to work with me, from therapies to social groups, and it eventually paid off as I began to show lots of progress. At the age of 2 ½, the speech therapist came to my mom and said “Sarah can now speak, but she will not stop talking.”

My parents were very happy but they were now concerned about my younger sister Emily, since if you have your first child diagnosed with autism, there is an increased chance of the second child also showing signs of an autism diagnosis. My parents then kept an eye on Emily to see if she might potentially be on the autism spectrum. It ended up that she was typically developing. My parents never cared about the labels anyways. They treated us both the same and had high hopes for both of us. 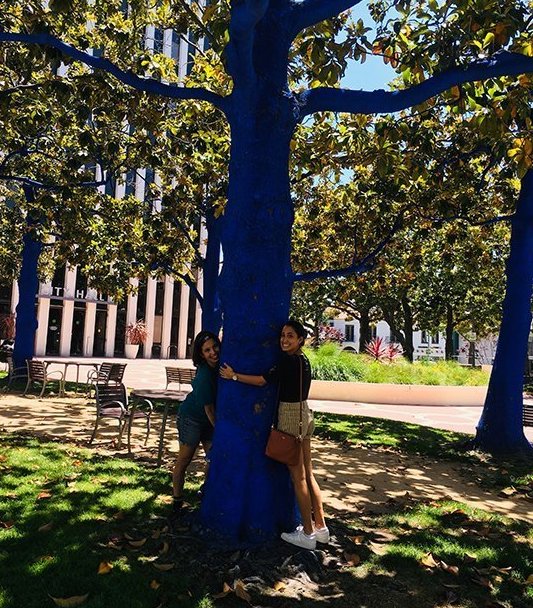 My sister and I were very close to each-other growing up, and are still have a close relationship presently today. Emily was always very accepting of me and we always stood up for each-other. Emily was never embarrassed or ashamed of me being her sister because I was on the autism spectrum. Instead, she has always embraced it from a very young age. We both had a great childhood together growing up in the Fort Lauderdale, Florida suburb of Parkland. Both of us were always big into nature and the outdoors and developed a passion for the visual arts from a young age. I was mostly mainstreamed at school in classes with typically developing children, but despite being able to keep up with most of the academics and expectations, school has always been tough for me socially.

I switched schools several times throughout grades Kindergarten to 12th attending various public and private schools in the Fort Lauderdale area. I was bullied a lot (especially in middle school and early high school) because I came across as “awkward” to a few other children my age and because I was short and looked younger than my actual age. Until high school (I repeated 9th grade), I was most often one of the youngest children in my grade and came across as a little socially and emotionally immature.

On top of that, I struggled with attention and focusing in the classroom, as well as struggling with math, leading to being diagnosed with a math learning disability and emotional behavior disorders. When high school approached, my parents were nervous about me being put back into regular public school because they were worried I may not pass the exit exam required to graduate high school with a regular diploma. They then enrolled me in a small private high school recommended by a parent who also has a child with autism. It ended up being a disaster as a teacher at the school upfront told me that I do not have much potential for the future. Despite being bullied, my parents always encouraged me to pursue my passions and show that I am better than the bullies.

I have always inspired my mom that when I was around 10 years old, she changed her field from being a General Pediatrician to a Developmental and Behavioral Pediatrician. My dad always believed that I can show my true god-given potential past my autism and multiple disability diagnoses and accomplish anything that I put my mind to. My parents began to feel that I needed to be more challenged (socially and academically) and prepared for life and wanted to transfer me to a larger school. 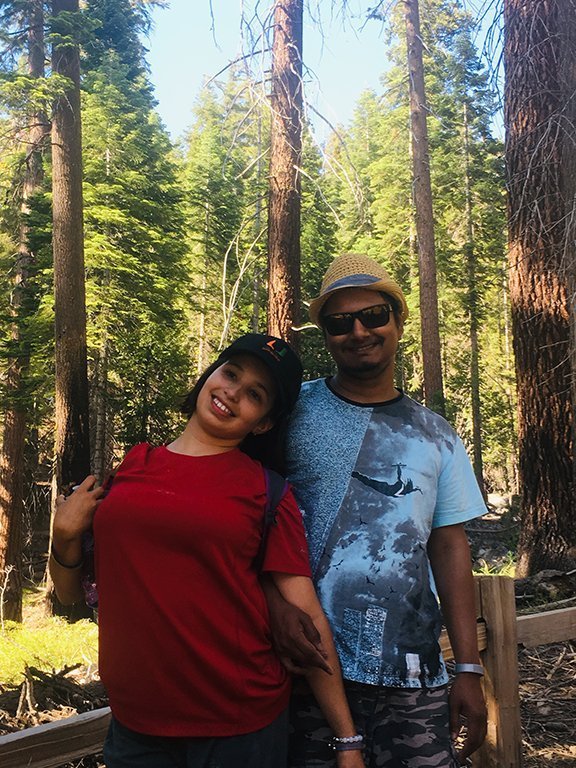 In June of 2012, I graduated high school with a regular diploma in the top half of my graduating class with a 3.5 GPA and special recognition. I was a First Class Senior, I received a community service award and I received the overall ESE graduating senior award out of every ESE senior in the entire school. I joined Best Buddies my senior year of high school and was nominated by the president of my high school’s best buddies chapter to become a best buddies ambassador, which I still am today through Utah State University’s chapter. I have done a few public speaking gigs as well since the age of 16.

Did I mention that I became a brown belt martial artist as well? I developed to become conversationally proficient in my dad’s native language of Spanish as well as the language I studied in college; American Sign Language. My goal is to become 100% fluent in English, Spanish and American Sign Language, as well as my fiancée’s native language that I am currently learning, which is Bengali. As the Nike Motto says “Just Do It,” that is how I approach my aspirations in life. I eventually graduated from Utah State University in 2017 with a 3.29 GPA and a Degree in Special Education General Studies and American Sign Language. I am now working full time as a teacher assistant at Head Start working with young children from Low Income Families, as well as children with special needs. I am thriving at that job. I am also going to be marrying my Fiancée, who is a PhD scholar from India and is getting his PhD in electrical engineering.

Art has always been a way I have expressed myself. My sister and I were enrolled in drawing and painting classes from a young age and have both had art gigs growing up. At the age of 16, I entered a recycled fashion show at a local children’s museum as a dress designer. I designed a dress made out of toilet paper rolls and though I did not get first place, I was one of the highest scoring dresses (I think I placed 5th out of over 20 entries). A real model wore my dress and fashion critiques were the judges. I won an art contest (first place) at the age of 19 for a post-college transitional program I went to and my painting is in a gallery. 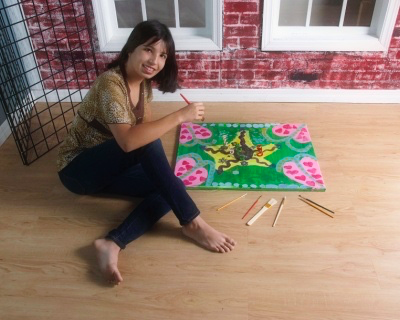 My art style is mostly abstract art. I look up to multiple artists as inspirations, but especially admire the works of artists such as Pablo Picasso, Jackson Pollock, Georgia O’Keefe, Andy Warhol and Romero Britto. I see art as a way to express myself and show awareness of the causes most important to me; the education of young children and individuals with disabilities, the environment, ethnic and cultural diversity, animal rights and most importantly, disability rights and autism awareness!! I now have my own blog called Trailblazing Autism and an Instagram account for autism awareness (of the same name) to empower individuals with autism and other disAbilities to pursue their potentials in life and to show that only the sky is the limit!! I also hope to become more involved with autism and disability rights activism and public speaking and am in the process of writing a children’s book. I also have plans to begin graduate school next fall in 2020. 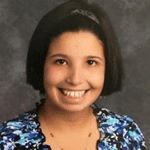 My name is Sarah Michelle and I am a 26 year old early educator, artist, motivational speaker and autism/disability rights activist from the Fort Lauderdale, Florida area now living in Northern Utah. I enjoy art, playing the piano, exercising, yoga, Zumba, outdoor activities, biking, hiking, nature, animals, cooking, gardening and learning different languages and cultures. I enjoy spending time with my fiancée Anindya and my family. I also enjoy traveling and animals. I have always had a heart and a passion for working with and teaching young children. You can find Sara on Instagram @trailblazingautism