Father of Autism, Chronicling Our Story Through Art

Father of Autism, Chronicling Our Story Through Art

“Simply gazing at the uniqueness of my son brings about so many differing emotions.”

My name is Kapil Sharma and I am an employment specialist for people with disabilities. More importantly I am a father to a child with autism.

My oldest son, Lukah, has autism and is therefore neurodiverse. 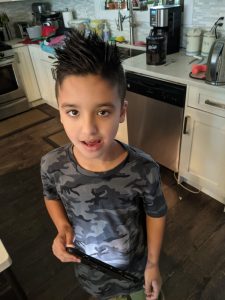 I entered vocationally the disability world in order to try to make sense of the journey my son may go on in his life. I wanted to taste future programs and realities he may face. The hope would be that he will some some how be better helped by my current choices. Natural fatherly thinking and hoping I suppose.

Some would be taken aback by me wanting more immersion with disability.  But to me this is not more immersion per-say, but rather a reprieve from the present and even in some ways an escape of the present personal  rollercoaster. A rollercoaster trekking through unspeakable beauty, hope and at the same time, ugliness and despair.

Simply gazing at the uniqueness of my son brings about so many differing emotions. Walking with him in life and seeing how in one sense he is immensely valuable in the world and yet in another sense so easily ignored by the world.  A world that at times does honour his Takiwatanga (the Maori word for Autism meaning “in his/her own time and space’).  This causes such satisfaction and rage that I had to do something to express this personal mosaic.

This led to me using art as an avenue to express it. I created Father of Autism the Chronicles Part 1. Some scenes were taken from my life and others were taken from circumstances that my and wife’s peers in the autism parenting world have faced . 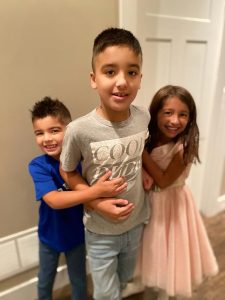 The hope was to display the cerebral tragi-beauty that it is. I had the chance to live through scenarios again in the film and also to escape and feel and live the pain and joy of others. One avenue of my work as an employment specialist has been to employ drama as a means for clients to have fuller expression. Also to live through stories that may bring development, growth and release anxiety.

Now in my life there has been this same reckoning. The personal and vocational came together. It was a transcendental experience. Though me and my wife loved the response from so many friends and family, it was great knowing that other parents looked at it and said “wow been/am/will be/ hope to be / hope not to be …. there. I get it”. 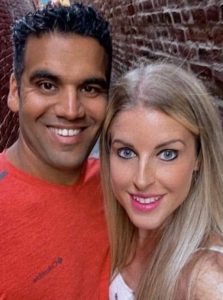 One person a parent with children who are considered “typical” even wrote “Wow I actually think I’m missing out on something.” But don’t be fooled this was not just about self therapy or helping others. Art is too complex for that. It was also sweet revenge. An upper cut on society. A punch packed with real experience so hidden and not seen so vividly. 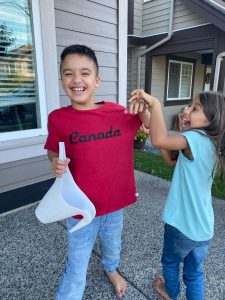 The hope here is that this work and future projects that will be endowed with bigger budgets, better equipment and most importantly more real stories will fill the gap. To heal and to be honest to hurt and to educate. I was going to end this by saying “Want to watch? Here’s looking at you” But then again, eye contact is overrated. Never been a real fan of it. 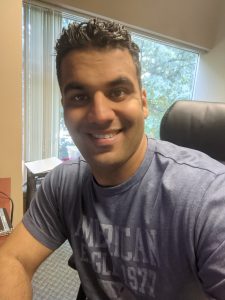 My name is Kapil Sharma. I’m 37 years old. I am defined by being my wife Cora’s Lover, A Father to three beautiful children and an Employment Specialist.  Coaching, Care and Creativity have permeated my whole life. Did B.A studies at University of the Fraser Valley as well Performance Arts at the American Academy of Dramatic Arts and Neighborhood Playhouse in New York City. Current hobbies and interests include High  Intensity Fitness, Filmmaking and Modelling