How I Knew My Daughter Had Autism

How I Knew My Daughter Had Autism

Both of my children have autism.  My son and youngest child, Jay, was diagnosed in 2016. I wrote a blog post all about what led us to seek a diagnosis with him.

Now, I figure it’s time to unravel the chain of events that led to my daughter Mia’s diagnosis just a few months ago.

I won’t sugarcoat it, Mia was an awful baby.

Sometimes, I will “joke” that Mia came out screaming and didn’t stop until she was 4. I put joke in quotes, because it’s mostly true.  On the day she was born, every nurse warned me about how terrible of a time they were having with her in the nursery. When the hospital pediatrician came in, she told me “Well, she looks good, but she’s…intense.”  That has been my favorite word to describe Mia ever since. Intense. 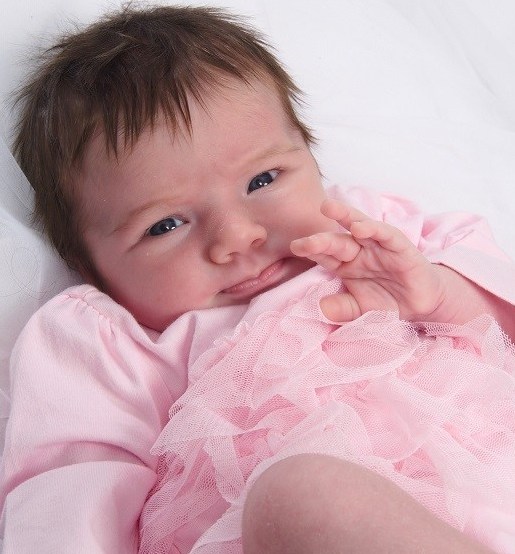 Nothing changed once we took her home. As painful as it is for me to admit, Mia was profoundly difficult to bond with and her infancy was the worst time of my life. If she was awake, she was wailing- and naps were VERY few and far between. She didn’t want to snuggle, but she didn’t want to be put down either. She seemed to hate everyone- myself included.

I can’t remember if I assumed every baby was like Mia or if I concerned. Honestly, I think I was too preoccupied trying to stay sane to worry much about her behavior. I was in survival mode.

MIA AS A Toddler

Don’t let her angelic exterior fool you – toddlerhood only made her sassier and harder to manage. In fact, right after taking this photo, she had a HUGE meltdown that lasted for hours! All of our outings with Mia ended in meltdowns…if we were lucky. If we weren’t lucky, we wouldn’t even make it out the door. 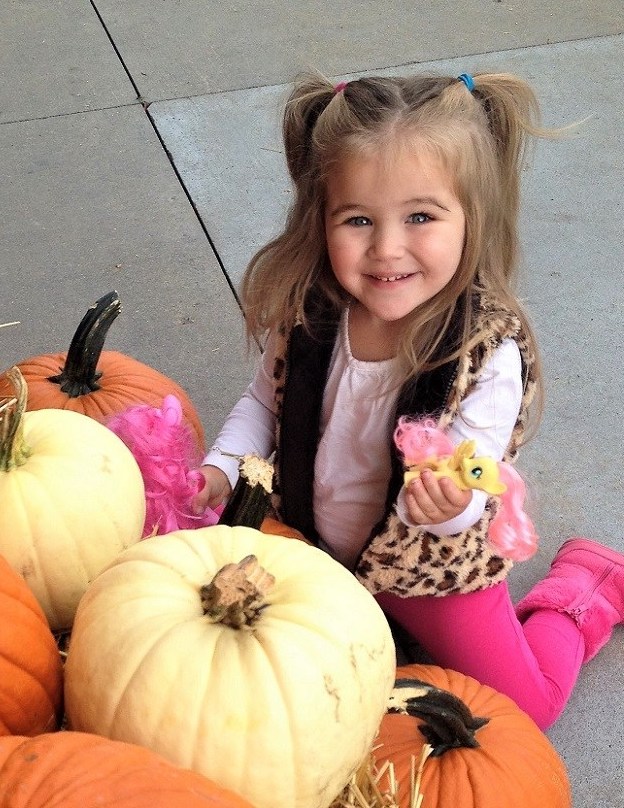 I remember taking Mia to the park for a play date once that, of course, ended in a meltdown. My well-meaning friend suggested, “You just don’t take her out in public enough. I take my kid out all the time and she’s fine.” In her defense, she didn’t know Mia was on the spectrum yet-neither did I- but still, I feel the need to add this:

FOR THE LOVE OF ALL THAT IS HOLY DO NOT GIVE AN AUTISM MOTHER UNSOLICITED PARENTING ADVICE!!!!!!!!!!

That playdate left me feeling defeated, embarrassed, and like I was failing as a mom. This was the first time I thought maybe Mia was different than other kids, but I chalked it up to be high anxiety. Thanks to the wonderful autism community I have planted myself in, I learned that those are typical emotions for an autism parent to experience after an outing. Autism parents are the people you’re glaring at at the grocery store while our child is screaming. We are the parents of the child your kids’ are leaving out of play groups. We are the parents who are shamed over and over again for our childrens’ autistic behaviors. I don’t know an autism parent who hasn’t had similar experiences.

I started noticing little things that set Mia apart from other kids. Such as, instead of splashing and swimming at the pool, she’d sit on the edge and rearrange her pool toys over and over and over and over again. She’d line up EVERYTHING sign of autism. Oh, and God forbid she get a drop of water on her sleeve while washing her hands! If she was even slightly wet, a meltdown occurred and she would have to change her clothes. sign of autism In the back of my head, I thought mayyyyybe…perhaps…OCD? It’s a terrible feeling to be that disconnected from your child. I could NOT figure her out.

A couple years later, when seeking a diagnosis for Jay, I was talking to a dear family friend about how she knew HER son was on the spectrum. She told me her son would have intense meltdowns where he was impossible to soothe. She told me he had sensory processing issues and that certain textures would bother him. I thought, that doesn’t sound like Jay…that sounds like Mia. But then I figured…Mia talked way earlier than most children her age. Heck, she knew how to count and spell before some kids learned to talk. Mia made eye contact. She responded to her name. She was the polar opposite of Jay.  No way she could have autism!

Mia is just finishing her second year in dance lessons. This year, while watching them play before class started, I began to recognize differences between her communication skills and the other girls’ in her age group. She…

I also noticed her vocabulary wasn’t up to par with other kids her age. This was enough for me to be worried about her development, so I called our school district and made an appointment for an evaluation. 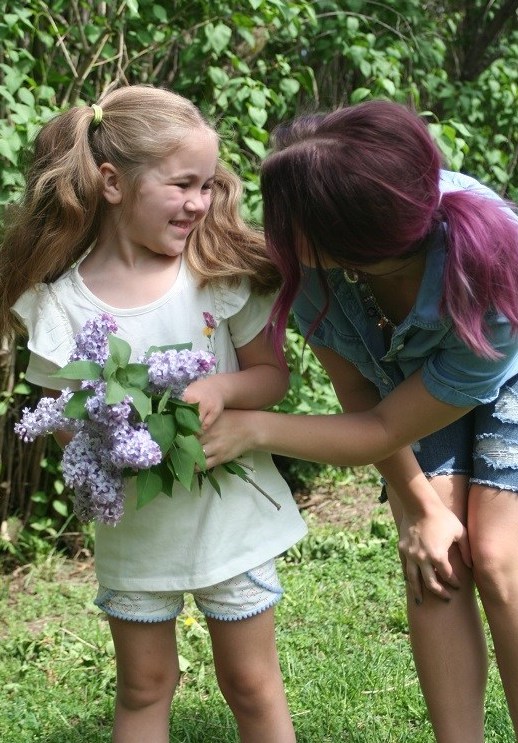 Mia has always been scary smart and I don’t just mean for her age. She will repeat verbatim things I’ve mentioned in passing YEARS prior. Mia, my little geologist, loves to learn about and identify rocks…and she remembers everything she learns. She loves math problems and is already starting to read-even though she’s never been properly taught how. She can’t quite figure out social norms, but once you can get her talking, her genius starts to show. This was another indication for me that she could very well be on the spectrum.

Once we had her evaluation, my concerns were validated. Mia was diagnosed with autism spectrum disorder. See, autism can look different in girls. From my understanding, females, by nature, WANT to interact. They WANT to talk and socialize and be a part of the group. There have also been studies showing girls on the spectrum to have less repetitive and restrictive behavior than boys do. So, autism so often goes unnoticed in girls.

She began going to preschool with other children with special needs and she has flourished ever since. Again, friends, if you suspect your child is on the spectrum, please seek an evaluation. I can only imagine the strides we would have made with Mia had I known earlier.

Time is of the essence. 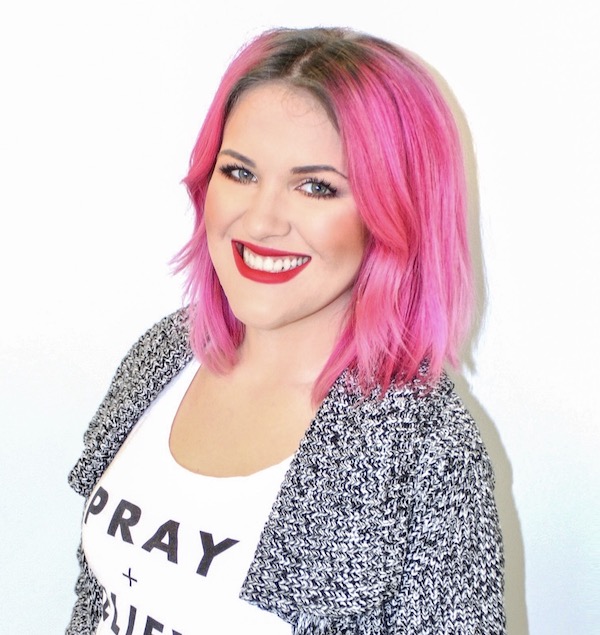 Hi! I’m Leah Behrens! I am a mom to two uniquely wonderful children on the autism spectrum, Mia(6) and Jay(4). On my blog, The Behrens Den, I strive to spread awareness, advocate for inclusion, offer support to other autism parents, and to share our story. You can follow along on my blog, TheBehrensDen.com, or my Instagram page @LeahBehrens.