Acts of Kindness, Your Stories

Small acts of kindness can go a long way in the autism community.  The smallest act can brighten up the day for an individual with autism and his or her family.

Lately, there have been many feel-good news stories about random acts of kindness towards individuals with autism, so I wanted to ask you, the readers, to share your experiences.

“We decided to take a last-minute weekend getaway.  When we arrived at the hotel my husband had to take a business call so I was left to check-in on my own, and with my son in tow.  It was during the Christmas season so the hotel was extremely busy and the wait to check-in was quite long.  A woman in front of me noticed that my son was getting anxious and fidgety.  He was having a difficult time standing still and he repeatedly said that he wanted to ride the elevator.  Because of this, I, too, was feeling anxious and overwhelmed.  Mostly because my son is a ticking time-bomb ready to go off at any moment.  As we approached the front of the line the woman said “please, go ahead, I insist.” It was unspoken that she understood that my son had special needs and that I needed to get him into our room, fast.  Her small act of kindness made a huge difference.”  –Paula, mother to Roman, 5

“I promised to take my son Michael for his favourite food, waffles.  We were seated and immediately placed our order with the waitress.  At that very moment, my son remembered that he forgot something at home that he wanted and within seconds he was in meltdown mode. After several minutes of stares, I took him outside until our food arrived so he could have a few moments without all the unwanted attention. Thankfully he calmed down when he saw the food.  As soon as he was finished eating, he was back to his meltdown.  I motioned to our waitress for the bill.  She handed it to me and someone else had paid for our meal.  I was blown away.  There is good in the world I will always be thankful for the kindness of that anonymous stranger.”  –Dorothy, mother to Michael, 8

“I was at the grocery store with my 5-year-old son Josh, who wouldn’t stop taking items off the shelves and out of the shopping cart, making the whole checkout process more difficult.  I became distraught.  That’s when the checkout clerk got involved.  She gave Josh some stickers, and as a special treat, she let him scan the items I was buying and place them in the bags.  I couldn’t believe the kindness and grace that this woman showed.  It made such an impact on me that when I got to the car, I started to cry.”  –Jillian, mother to Josh, 5

“My son, Jared, is 15 with moderate autism.  He has limited social skills and he doesn’t have many friends.  He sits alone for lunch at school everyday and it’s something that doesn’t seem to bother him.  It breaks my heart but I have come to understand that this is who he is and he is fine without having a lunch companion.  One day, one of his classmates asked to join him for lunch.  Jared came home that day beaming with a huge smile from ear to ear.  I had never seen him that way before.  He told me he had a new friend who ate lunch with him.  His new lunch buddy would join him every single day, a teacher even took a photo and sent it to me.  I bawled my eyes out after receiving that photo. Since making a friend, I have seen a change in Jared, he seems happier and talks about his friend all of the time.  I will forever be grateful to his classmate, he has no idea what impact his small act of kindness has done for my son, for our family.”  –Lesley, mother to Jared, 15

“I’m so accustomed to people staring, sneering and snickering at my non-verbal daughter, Alice, that it has almost become second nature when we venture out into the community.  She is loud and slaps her head when she wants to communicate with us.  Many people don’t understand this and they judge. We recently took Alice to ‘Toys R Us’ and at one point, she was extremely loud and continuously slapping herself.  I wasn’t sure what she was trying to tell me, my husband was at a loss too.  We decided to leave the store because we felt she was overwhelmed and she was causing a scene.  As we proceeded to leave, a young girl, probably around 11 or 12, approached us and said “I think she wants the light up spinner,” she picked it up and handed it to Alice.  Alice was so happy!  It’s exactly what she wanted.  How is it that a young child of 11 or 12 could be so perceptive but we, her parents, were clueless?  Regardless, we were so grateful. That little girl was an angel.”   –Patricia, mother to Alice, 11

“I’m a single mother and I have a six year old son, Austin.  Austin doesn’t sleep much.  Because he doesn’t sleep, I don’t sleep.  A colleague I’m close to at work could see that the lack of sleep was taking its toll on me.  I was irritable, I always looked disheveled and I was emotional. I don’t like to cry at work, but one day, I lost it.  I let it all out and my colleague was very sympathetic.  One Saturday afternoon, there was a knock at my door.  A cleaning crew arrived and they were there to clean my house.  Moments later, my friend showed up.  She handed over an itinerary she had put together for me and told me to leave.  I looked at the paper and she had organized a day of pampering for me.  Hair salon, nails and a facial.  I told her I couldn’t accept it but she wouldn’t take no for an answer.  She told me she would stay with my son and that I mustn’t come back until I had done everything on the schedule.  I was floored.  She went above and beyond and she made me feel like a million bucks.  I will never forget her generosity and her thoughtful act of kindness.”  –Amy, mother to Austin, 6

“I went to the grocery store with my son, Dimitri.  He repeatedly asked for Pringles chips.  I said “no, we have chips at home.”  This didn’t go over well and he started screaming and slapping my face.  He managed to get a hold of my hair and started to pull it, hard.  I was in a lot of pain and I was visibly upset.  Dimitri let go of my hair and scratched my face.  I felt so beaten and defeated, I should have known better than to go near the aisle with the chips. This was all my doing.  I was ready to break down right then and there in the middle of the store.  I managed to pull myself together and distract my son when a man, probably in his early 40’s, approached me and held my hand.  He said “you’re beautiful and you’re doing a great job with your son.  I get it.”  I lost it.  He gave me a hug and said “don’t give up, it gets better” and he walked away shortly after.  His kind words made a difference, it was exactly what I needed to hear at that very moment.”   –Melissa, mother to Dimitri, 4

Has anyone ever shown an act of kindness towards you or your child?  Share your story!  Email: community@autismjourney.org 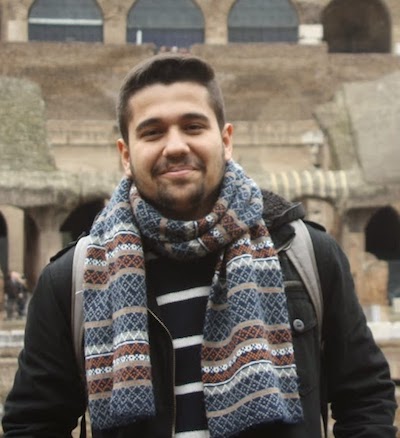 Zafer Elcik blogs at Otsimo https://otsimo.com/en, and creating educational games for his brother and the other children with autism.