“What’s Up Ahead?” The Defining Question of an Autism Parent’s Life

“What’s Up Ahead?” The Defining Question of an Autism Parent’s Life

Hindsight is that mirror in which things are closer than they appear and when I look into that reflection, so many things come clear. My twins, Hallee and Fraser, were born in August 1996 and for the first couple of years, while my former husband Robert and I stayed at home on a horse farm in the country with our babies, life was relatively idyllic. Then just after the twins’ second birthday, as I was preparing to go back to work full time, Fraser began to display odd behaviors; staring spells, lining up toys, losing the little bit of language he’d acquired. Our beautiful little boy was slipping away by increments, but we didn’t have the knowledge to recognize what was happening. Within a year, however, we had to pursue answers and, ultimately, the answer was autism. 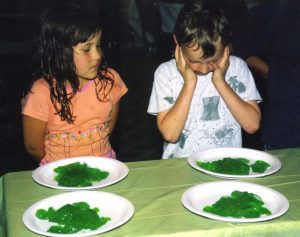 The diagnosis affected all of us in different ways. I went into research overdrive with my heart bleeding out at the loss of the son I had imagined. Robert withdrew into denial and self-protection. Hallee lost some of the needed attention of her mother, the person she depended on most. Being the only consistently earning parent, managing Fraser’s care, and mothering an increasingly lost little girl made me feel like I was alone and drowning. Sadly, my husband wasn’t capable of giving me the support that I needed to keep it all going. For me, the marriage died, but Robert continually denied that anything was wrong even when the moving truck pulled up to move the kids and me to the West Coast.

A year after that move, Fraser was six and had received almost no government-funded services in Ontario. Moreover, with only one consistent income and the other freelance, we’d never had enough money to purchase expensive private therapies. At the same time, I was the plaintiff in a nasty slander suit. Sitting across a table from the defendant and his attorney during a deposition, I explained that I had moved to British Columbia with the hope of finding intervention services for my autistic son. An odd expression flickered across the face of the attorney who was deposing me. As we gathered our paperwork and prepared to leave, he said quietly from behind his open briefcase on the table, “I have an autistic son, too.” I’d begun to stand, but sat down abruptly. “How old is he?” I asked. He shut his briefcase and said, “He’s 19.” All of the angst of the proceedings disappeared, and questions poured out of me. “What’s it like? Is it better? Is he still in high school? Is he going to graduate? What about his behaviors? Does he have friends? Does he communicate?” 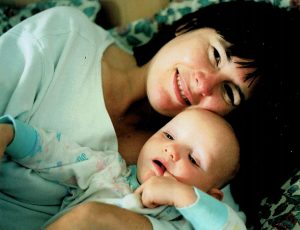 The attorney considered his answer for a long moment. The look in his eyes told me that he knew what it was like to wonder about the future and that what he said would have a long-term effect on me. “When he was fifteen he was so out of control that we seriously considered institutionalizing him. But he graduated high school with his peers, and he’s in first-year university living in a dorm.” This man who’d been my nemesis moments before stood and came to shake my hand as I rose from my chair. “Don’t give up hope,” he said. “It does get better.”

“What’s up ahead?” That question haunted me. I was so grateful to have any glimpse of a possible future all those years ago. Now, I’m the person who’s traveled down the autism road for the intervening 15 years. Like that attorney, I can say that it has gotten better. Or perhaps more correctly, it’s different. Fraser is a healthy, handsome, charming young man at age 21. He has made incredible gains in controlling his behaviors and quelling the terrible sensory sensitivities of his youth. He is verbal, but mostly to himself, although he is making progress at interacting appropriately in conversation with others with the help of medication.

Fraser has changed, but so has our life. Robert and I divorced and 12 years ago, my first love, Tim, found me again and w 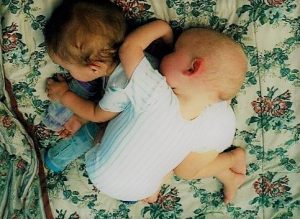 e have lived happily with Hallee and Fraser ever since. Although Robert, Tim, and I frequently have differing perspectives, we share parenting and friendship. Recently, Robert has come to believe that he, too, is on the autism spectrum and I now know that he responded to our life in the only ways he was able. Happily, I’ve learned to recognize what love means to both Fraser and Robert. I feel only love and acceptance and know that I, too, am loved.

Of course, the challenges of life with autism do continue, and adulthood comes with yet more questions. On the last day of his education this coming June, Fraser will walk away from eight years of high school without a diploma. Unlike his twin sister, he won’t go on to university or look forward to starting a new job. He doesn’t have a romantic relationship, nor does he appear to have any interest in being intimate with another person. As hard as the school years have been in advocating for my son, I know I will wish I could wave him off on the school bus for a productive day of learning for a few more years. Why? Because we are still struggling with the question, “What’s up ahead?” We need someone to pull aside the curtain obscuring the future again to show us possibilities for our son as he enters a larger world that doesn’t understand him. But I am choosing hope and creativity because, all those years ago, we had no idea what to expect of the future for Fraser and we have continually been surprised. 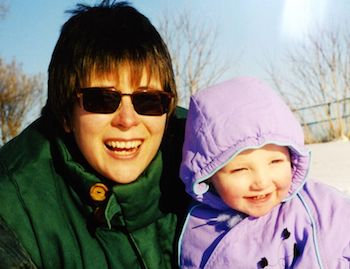 Shannon Wray is a writer and television producer with credits in both Canada and the U.S.  Raised in a Hollywood family; her aunt is Fay Wray, Canadian actress, and star of the classic film King Kong.  Ms. Wray has enjoyed careers in music, book and magazine publishing, and television production.  Currently, her family is the subject of the upcoming CBC POV documentary film, Love, Hope & Autism airing nationally on March 18, 2018. She is at work on a companion book to the documentary entitled A Different World. Shannon lives in a small mountain village in Southern California with the love of her life and her son, who has autism. Her daughter is graduating from film school this Spring.