The Lost Girls – Why So Many Girls Are Undiagnosed with Autism

The Lost Girls – Why So Many Girls Are Undiagnosed with Autism

Exploring why girls are left undiagnosed with autism.

Over the years autism has been thought of a condition that affects many more boys than girls. According to official figures autistic boys outnumber girls by 4 to 1. And this figure rises to 10 to 1 for ‘high functioning’ autism. But because it is seen as more of a ‘male condition’, thousands of girls could be going undiagnosed.

Recent research suggests that there are many more girls and women on the autistic spectrum than previously thought. ‘Higher functioning’ autistic girls often present much quieter symptoms of autism that don’t fit the stereotypes that we expect and are misinterpreted as something else.

They are being called ‘the lost girls’ because of the fact that their symptoms are overlooked or diagnosed very late, often not until they reach secondary school age. And this can take its toll on their mental health.

They miss out on early intervention, support, understanding and help that they need and the older they grow the more they feel ‘wrong’ or ‘out of place’ in the world.

Robyn Young, an associate professor of psychology at Flinders University in Australia, explains that girls “often develop a way to camouflage their symptoms. Also, they tend to obsess over friendships and can develop them, or one or two close and like-minded allies”.

Learning the art of camouflage

Little girls camouflage symptoms of autism by carefully watching their peers and copying their behaviour to fit in. They learn how to act and behave to by imitating girls around them in the nursery or classroom and then their behaviour is much less likely to be picked up on as a concern by parents and teachers.

Research has found that as a result of trying so hard to imitate the actions of their peers to fit in, autistic girls are more likely to control their behavior in public and are less likely to make speak too loudly or say socially inappropriate things.

Because they work so hard to mask their autism girls can fly under the diagnostic radar.

How early signs of autism can look different in girls

Up until very recently everything we know about autism comes from studying the condition in boys.

One of the common signs of autism is, what is called “repetitive and restricted behaviors”. This can be seen when children obsessively line up their toys or develop an obsessive fascination with objects such as dinosaurs, trains or video games.

Researchers now believe that girls with autism often have milder repetitive and restricted behaviours or different ones that are not recognised so easily, because they don’t fit into the stereotype of autistic behaviour that we have come to understand.

Girl’s special interests might appear to be more mainstream, at least on a superficial level. They might become fascinated by dolls or shiny stickers, rather than something more obscure such as motors or electricity pylons.

Recent work suggests there may be subtle differences in how autism presents in girls and women.

Susan F. Epstein, PhD, a clinical neuropsychologist. “The model that we have for a classic autism diagnosis has really turned out to be a male model. That’s not to say that girls don’t ever fit it, but girls tend to have a quieter presentation, with not necessarily as much of the repetitive and restricted behavior, or it shows up in a different way.” 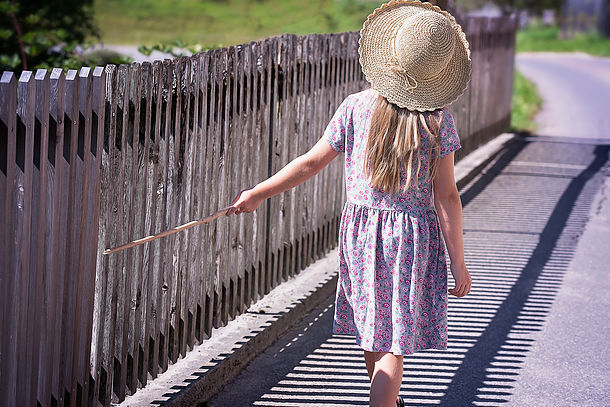 When coping becomes too hard

By the time girls enter secondary school and start puberty it becomes much harder for them to cope by imitating behaviour to fit in with their peers. And this is when dealing with undiagnosed autism can become a real problem.

As they enter their teens, girls struggle to keep up with the elaborate rules of social relationships. The effort of trying to blend in now comes at a much higher cost to their inner selves. Working so hard to fit in wears them out. Studies have shown that autistic girls who are undiagnosed by their teenage years have a higher rate of anxiety and depression.

The cost of being a ‘lost girl’

Girls will often be referred for help because of anxiety, low mood or depression in their adolescent years. It is only when professionals dig a little deeper that they discover that there may be something else that led to the decline in mental health, which can finally lead to a diagnosis of autism.

A small study last year found that 23% of women hospitalised for anorexia met the diagnostic criteria for autism. Struggling to cope with the increasingly complex social rules of high school, girls can try to gain control in any way they can. Including taking drastic measures like restricting food and starving themselves.

““Depression can be more common among high-functioning kids on the spectrum. So they’ll come in for something like depression or poor school performance. Then it becomes more clear to me that they have a restricted interest and social communication issues”.

Feeling different and more than a little bit lost

Writing for The Telegraph, Laura James, who was only diagnosed with autism as an adult describes how she felt growing up.

“Until I was diagnosed with high-functioning autism this summer, I had spent my whole life feeling different. Not broken exactly, but somehow ‘other’. Unable to do things that most people find straightforward. Plagued by guilt, fear and a sense of inadequacy.
At school, I was the small girl on the bench in the playground with her head buried in a book, unwilling or unable to be one of the crowd.”

Creating a world where every girl can find her place

If we can gain a greater understanding of autism and the way it can present itself through different signs and symptoms amongst boys and girls then we can make sure that every child gets the support and understanding they need. At an early age, when they need it most. We can move towards a place where girls with autism can find their place and not feel isolated or excluded.

It is becoming clearer that autism is not something that most often affects boys. It affects girls too. But because they find ways to mask it they can be overlooked. And become lost.

A late diagnosis of autism is a setback for any child. But, with the right support, they can find their place in the world. We need things to change so that autistic girls are not overlooked until they really start to struggle and go down the rabbit hole with serious mental health problems.

What school mornings on the spectrum have taught me, a first person account of the daily struggle with a school.